She appeared to be stuck between levels three and four. What the hell? She did not need this right now. Gussie’s first reaction was to push the button for level five. She stabbed at the button again and again, but the button was ambivalent. The elevator, which a moment ago had seemed to be waiting in place for her, now had no reaction whatsoever to her efforts. Gussie started banging on the wall with the palm of her hand. For a full minute, she shouted for help and pounded her fist and palm on the elevator door.

Gussie became concerned. She did not panic yet, but she feared she might be stuck there for a long time, maybe even hours. Perhaps she could summon help on her cell phone. A sharp click and a scraping sound from the top of the elevator interrupted her thoughts. Before she could understand what was happening, a hatch on the roof, something she had never noticed before, popped open, and she could see the outline of what appeared to be the lower body of a person standing astride the narrow opening. What the hell was this? 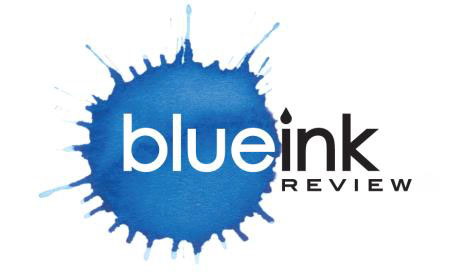 In this cat-and-mouse thriller, a graduate student lies for what she believes is the greater good—only to find that her actions have unintended consequences.

When Augusta Watkins is found brutally murdered in the elevator of her apartment building, chief homicide investigator Dimase Augustin of the Cambridge Police Department finds a horrific scene. The victim has been killed in an elevator, her eyes gouged out. Bloody words on the elevator wall read “Justice is Blind.” With barely time to process the death, Augustin receives word of another murder – this time, a young woman jogging in the Boston Common. Her sign reads, “Justice is Swift.”

Augustin soon finds that the seemingly unrelated victims are part of a five-woman book club. After a third brutal death, Augustin races to uncover the murderer, protect the remaining two women, and figure out why MIT graduate student and researcher Susan Pearce seems to be the real target of the savvy killer.

The MIT Murders is reminiscent of James Patterson’s novels: meticulous plotting and an exceptionally intelligent and violent killer. As with some of Patterson’s works, the writing is straightforward, with some clichéd and uninspired dialogue: “That’s just it!” Elizabeth cried. “I can’t get in touch with either one of them. It’s as if they’ve vanished off the face of the earth.” But, as with Patterson’s books, it all works anyway. The story speeds along, right down to a satisfying twist at the end.

In addition to the usual elements of a thriller, the story stands out because of an underlying—and of-the-moment—very 21st century dilemma. Both the killer and Susan have good reasons to subvert the truth to protect something he or she values. The killer may be psychotic, but Susan’s questionable actions hardly qualify her for saint of the year. It’s an interesting twist on the good-versus-evil moral universe of the average thriller—one that readers are sure to enjoy.

Also available in hardcover and ebook.

The MIT Murders is a perfectly plotted mystery that focuses on the fascinating world of biotechnology.

The Massachusetts Institute of Technology, one of America’s most well-respected institutions, attracts some of the smartest and most dedicated scholars and scientists from around the world. One of those people is Professor Hans Berger, a brilliant, somewhat aloof brain researcher. Alongside an MIT undergraduate, Susan Pearce, Professor Berger creates a startup biotech company dedicated to finding a cure for Alzheimer’s.

The new company gets a big boost from investors about whom not much is known. Suspicions about the investors abound in Susan’s mind. At the same time, a string of gruesome murders occurs in Boston. All of the victims are women, all have been mutilated, and most have some kind of connection to MIT. The campus is put on high alert, and a variety of law enforcement agencies are activated. Susan and Professor Berger take on the case, which leads them to California and Europe. They get help in the form of Cambridge PD Chief Homicide Detective Dimas Augustin.

This is a tight, well-structured thriller whose narrative holds attention. Its language is modern, streamlined, and places a premium on action. There’s an excellent mix of real science, as when the book describes typical laboratories and expands on Alzheimer’s and related research, and real police work, as with detailed crime scene investigations carried out by Dimas.

Toward its end, the book becomes akin to an action movie, especially once Susan realizes that one of her teammates might not deserve her trust. This realization, and the unmasking of the criminal conspiracy behind the Boston and MIT murders, makes for an exquisite apex involving violence and a maximum security prison in West Virginia.

The characters are archetypal. Susan is a earnest, somewhat naïve student who later taps into an incredible reservoir of personal physical strength, even managing to fight off a stronger, better trained opponent. Dimas is a jaundiced detective whose been on the force for fifteen years, both world weary and unprepared for the magnitude of the MIT murders. Underneath his toughness is a soft and compassionate heart, but his main preoccupation is with solving the murders. Professor Berger is the novel’s chameleon: at times reassuring, at other times suspicious.

The MIT Murders is a perfectly plotted mystery that focuses on the fascinating world of biotechnology.

A series of brutal murders in Boston tests the police and terrifies a book club.

As Bruneau’s debut mystery begins, Augusta “Gussie” Watkins races to her fifth-floor Cambridge apartment after work because she will host book club that night. Reaching her building, she takes the elevator, which suddenly stops between floors. A hatch atop the lift opens, and a hand emerges. That night, police find Gussie’s body with her eyes cut out. Near the body is scrawled the message, “Justice is blind.” Two days later, an elite runner is discovered dead in Boston Common with a knife in her back. A note nearby reads, “Justice is swift.” Chief Homicide Investigator Dimase Augustin realizes he’s hunting a serial killer, and he soon discovers both murdered women were in the same book club—a club that has more members, and they all are in danger. The killer, revealed early on, dishes out payback for an injustice he felt was dealt to him years ago when he was a university biology professor at MIT. Financed by “angel investors” in his work on a cure for Alzheimer’s, much of his research involved mice dissection. Did mutilating Gussie bother him? No, he “just thought of her as a big mouse.” For years he planned the murder while he played the long game in terms of going off the grid. Now, when Augustin suspects the former prof, he’s gone without a trace. Bruneau doesn’t rush the book club members’ backstories, likes, and routines. The reader feels they know these women, which raises the stakes. A believable time frame, intelligent dialogue, an abundance of twists, and escalation in the psychopath’s violence lead to quick page turns. Characters are intelligent, and a mix of races is represented. Augustin, a smart, albeit chain-smoking, middle-aged African American chief cop, deserves prominence in a sequel.

Other Books By Author